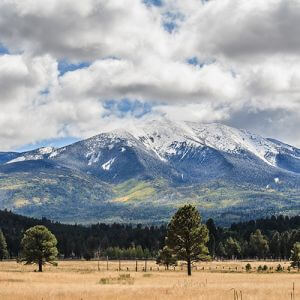 If you're looking around at our recent Greater Flagstaff Chamber meetings, there may be some new business owners' faces around the room. It's another part of the post-pandemic "new normal" – the number of people who quit their 9-to-5 jobs to pursue a passion and start their own business. Many Americans who left the workforce during the pandemic did so because they felt the spirit of entrepreneurship and wanted to be their own boss.

Millions of Workers Striking Out On Their Own

According to a recent study by Digital.com, 4 million people resigned from their jobs in April of 2021. While some of these job changes could be due to ending side gigs that people had while furloughed from their regular jobs because of pandemic lockdown, it's not an overwhelming majority of why people left their jobs.

About one in three people who quit their jobs in the last six months concentrated on starting and building their own business. Being their boss (62%) and following their passion for a business idea (60%) were the primary reasons people left the workforce. So these new faces at our Chamber functions may have an independent spirit and a passion for their new business, making them very dedicated to client services.

It's interesting to note that the most popular industries for new business owners were personal care services and retail, industries hit hard during the pandemic. IT services are the third most popular, and the shift to owner-operated support may have been a direct result of the change from working from home due to workplace restrictions.

The Pandemic Isn't the Only Reason

Although many people mentioned the pandemic as being a reason for quitting their jobs, this isn't the only reason for so many new entrepreneurs:

A whopping 60% of survey respondents revealed that they learned about how to launch a start-up business during the pandemic lockdown. Many people may be reimagining how they want their work-life to look, and some of the new technology and virtual working skills they picked up during the pandemic may be used to help them launch their own enterprise.

Who Are These New Business Owners?

Surprisingly enough, the high-income earners are more likely to quit their lucrative jobs and start their own businesses. Men are much more likely than women to quit their jobs to work for themselves. High-wage earners likely have a cushion saved up to fund the company and pay their living expenses until they begin making a profit. As men tend to be more comfortable with risk-taking than women, it's not surprising to see these statistics.

To put real numbers on these conclusions, 36% of the people leaving the workforce to start their own business were men, compared to 27% of women. People who made more than $150,000 per year were nearly half of the number leaving the workforce, 42% of respondents, while those earning less than $50,000 per year made up only 27% of those quitting to start their own business.

If you've been considering striking out on your own or have a streak of entrepreneurial spirit in you, now may be a great time. More and more, people want to support small, local businesses. If you have skills that people want and hard work and drive, you, too, may be one of the newest business owners in the Chamber!